Well here is for some good news for humanity:

Scientists have made a surprising discovery off the U.S. Northeast coast: a gigantic aquifer of relatively fresh water trapped in porous sediments lying below the salty ocean. It appears to be the largest such formation yet found in the world. 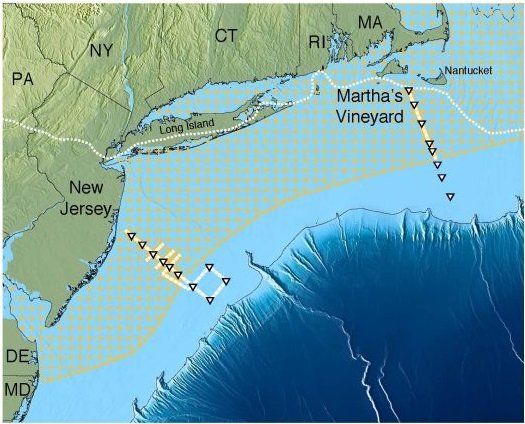 Scientists have identified signs of a huge aquifer off the U.S. Northeast (hatched area). Solid yellow or white lines with triangles show ship tracks. Dotted white line near shore shows edge of the glacial ice sheet that melted about 15,000 years ago. Further out, dark blue, the continental shelf drops off into the Atlantic abyss. (Adapted from Gustafson et al., 2019)

The aquifer stretches from the shore at least from Massachusetts to New Jersey, extending more or less continuously out about 50 miles to the edge of the continental shelf. If found on the surface, it would create a lake covering some 15,000 square miles. The study suggests that such aquifers probably lie off many other coasts worldwide, and could provide desperately needed water for arid areas that are now in danger of running out.

If it can be shown that there are large aquifers in other regions, it might potentially represent a resource in places like southern California, Australia, the Mideast or Saharan Africa.